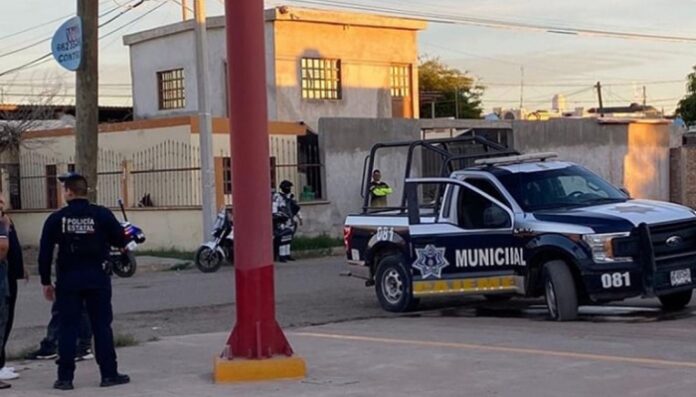 The police officers were attending a report for assault in Ciudad Obregón, Sonora, when they were attacked with long weapons, leaving them seriously injured.

An armed confrontation between police and armed men left at least two municipal agents seriously injured in Ciudad Obregón, the capital of Cajeme, in southern Sonora.

Witnesses affirm that there were two armed confrontations, the first scuffle between the Prados del Tepeyac subdivision and continued towards Las Brisas, where the criminals threw spikes that punch tires to avoid pursuit.

The second confrontation occurred on the Porfirito channel of the Cócorito police station where one person was supposedly killed and another was wounded by a bullet.

It transpired that the police officers were going to attend to a report for assault, when they were attacked with bursts from an assault rifle, leaving them seriously injured.

On board other patrols, the injured agents were transferred to a nearby public hospital at Calle 200 and Michoacán, where their state of health is reported as serious.