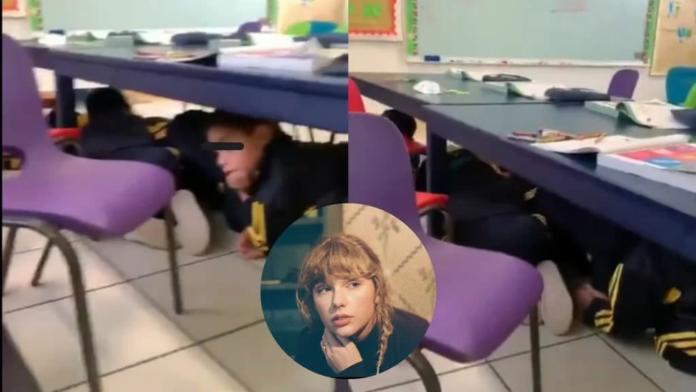 In different videos that are already circulating through social networks, you can see the moment in which the strong impacts of large-caliber weapons that rumbled in different areas are heard.

Sonora.- Between the sounds of the gusts and under their tables singing with music by Taylor Swift, this is how teachers kept their little students in a kindergarten in Guaymas, Sonora, while very close to the school zone, the murder of two people after the heavy shooting that was recorded.

It was around 2:00 p.m. in the Miramar sector, when a group of armed men attacked the crew of a white Nissan March vehicle that was driving on Luis Encinas Boulevard, on the main avenue of said municipality.

In different videos that are already circulating through social networks, you can see the moment in which the strong impacts of large-caliber weapons are heard that reverberated in different areas, and for several minutes, causing fear among citizens.

In the nearby schools, the Coffee Code was activated to protect the children during this armed attack. One of the videos shows a classroom where the children remain on the floor under their tables, trying to be calm, however, a teacher , to keep them calm, he began to sing a song by Taylor Swift loudly.

The State Attorney General’s Office reported that it was a direct attack against the two men whose bodies were left inside the vehicle, where Expert Services also found an assault rifle, a short weapon and a plastic bag with narcotics.

He added that one of the men has a criminal record for crimes of vehicle theft and robbery with violence, however, operations in the area are already continuing by the authorities.