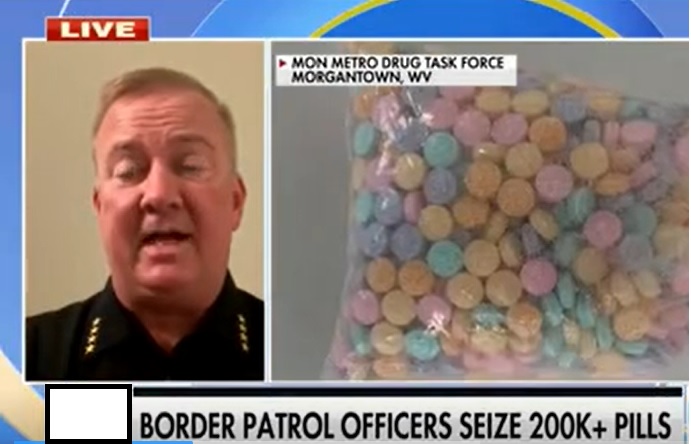 NOGALES, SONORA.- Officials with U.S. Customs and Border Protection seized more than 200,000 fentanyl pills hidden in a secret compartment of a vehicle at Port of Nogales, Arizona, on Saturday, September 3rd.

Around 47,000 of those pills were rainbow-colored pills, which federal officials have warned is a new trend meant to drive young people to the deadly drug.

Fentanyl, a powerful opioid up to 50 times stronger than heroin, was responsible for 71,238 of the record 107,000 fatal drug overdoses in the United States last year, according to the CDC.

Fentanyl is primarily brought across the southern border by two drug trafficking organizations, the Sinaloa Cartel and the Jalisco New Generation Cartel.

The new brightly-colored fentanyl – which can come in pills, powder and blocks that look like sidewalk chalk – is not more potent than the traditional form, but could be more attractive to young people, the DEA says.

Customs and Border Protection officers in Arizona seized 625,000 fentanyl pills in five recent inspections, 12,000 of which were rainbow-colored, according to Humphries.