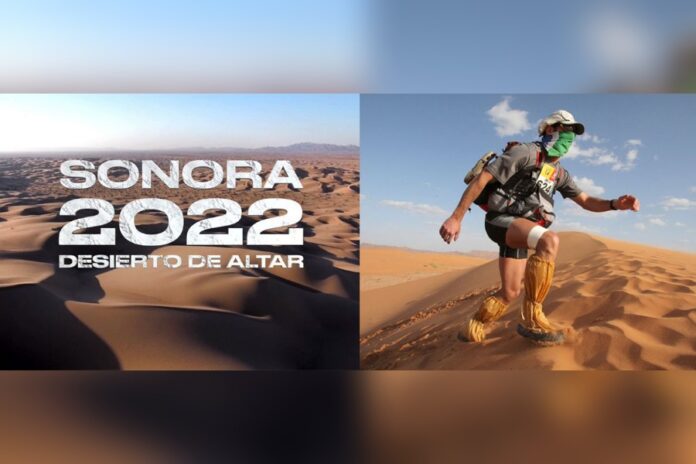 On October 22 and 23, the ultra trail will take place in Puerto Peñasco, Sonora, accompanied by a mini documentary to promote regional tourism.

Grupo Expansión and the government of the State of Sonora joined forces to convene the Great Desert Race, an ultra trail that will take place on October 22 and 23 in Puerto Peñasco, Sonora, as part of a strategy to diversify the country’s destinations through local attractions.

The sporting event will take place in the Gran Desierto de Altar, in Sonora, which was named a World Heritage Site by UNESCO in 2013, and will be accompanied by a three-episode documentary miniseries starring athletes Pablo Gil and Sofía Berwig, who will address the history of the Tohono O’odham, inhabitants of the region. The chapters will be available on the Great Desert Race networks.

The organization of these attractions plays a crucial role in the strategy of the Ministry of Tourism (Sectur) to publicize the natural and cultural attractions of more and more regions of the country, which seek to promote themselves through new formats that attract national tourists. and foreigners.

“The most important thing with this type of event is to create new products, to further diversify tourist activity, which not only benefits six seats, which used to be given,” explains Miguel Torruco Marqués, head of the Sectur.

“92.5% of the total of the 41.1 million tourists who visited us were channeled through Cancun, Mexico City, Los Cabos, Puerto Vallarta, Guadalajara and Monterrey.”

Through the Great Desert Race, the state seeks to promote several of the region’s attractions, ranging from varied landscaping to contact with local communities.

“Our state, the second largest in the republic in size, has an immense desert of more than 715,000 hectares,” said Alfonso Durazo Montaño, governor of Sonora. “It combines the beauty of the desert with the coastline of the Sea of ​​Cortez, called the world’s aquarium for its great biodiversity.”

For Jorge Dibildox, CEO of Grupo Expansión events, the Great Desert Race has the potential to transform the way regional destinations are promoted. “It is an event that will make history in the organization of sporting events in Mexico,” he said.

The event will have four different modalities, which vary according to the abilities and interests of the runners.

-Beach Fun Run. It consists of 10 kilometers and is done in one day.