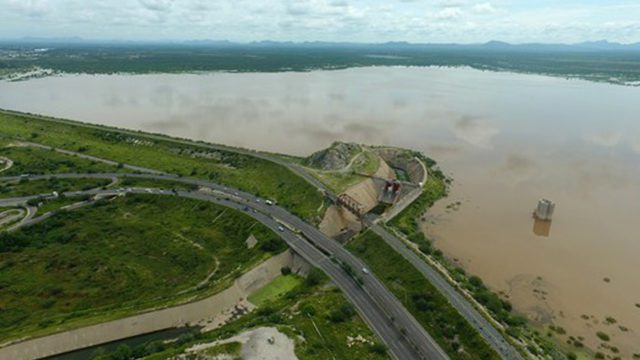 Derived from the heavy rains in the north of the country, Sonora went from water deficit to guaranteeing supply for the cities and countryside.

In just two months, Sonora went from a crisis due to severe and extreme drought, to suffering floods that have forced the dams to be released and have caused the death of 13 people.

In the face of the North American monsoon, which left extraordinary rains in recent weeks, the authorities have activated declarations of emergency and disaster to assist thousands of affected families.

But now, all the municipalities of Sonora may soon be out of the drought, Jesús Antonio Cruz Varela, general director of the Northwest Basin Organization (OCNO) of the National Water Commission (Conagua), told Efe on Monday.

“It is probable, in the last monitor on August 15 we only had the municipalities of Puerto Peñasco and San Luis Río Colorado in drought, lately it has been raining a lot for them as well,” he assured.

The official participated last Friday in the opening of the gate to release the Rodolfo Félix Valdés dam, “El Molinito”, a measure implemented to prevent flooding because the official weather forecast indicates that storms, cyclones or hurricanes could hit Sonora in September .

“The vent is important because we need to keep the dams at low levels due to the forecasts we have of possible rains in the coming days. We have had a very good month of August, above the historical average, with more than 55 millimeters, which is a very good amount of water ”, he exposed.

Sonora goes from drought to flood

Sonora was one of the regions most affected by the severe, extreme or exceptional drought emergency in basins for 2022 that Conagua decreed last July.

At the end of that month, the Sonora dam system had only 20.4% storage and 2 reservoirs were completely empty.

Currently, the 10 dams are at 55.4%, 12% more than on the same date in 2022, in addition to the fact that in August more than 225 hectometers or millions of cubic meters of water entered it in a single day.

One of the dams that was completely dry a month ago is the Abelardo L. Rodríguez, in Hermosillo, the state capital, which is currently at 17.4% and receives 1.31 million cubic meters per day from the outlet of the “El Molinito” dam, due to what specialists estimate that both reservoirs could reach their highest level in decades.

In just one day, the Guaymas-Empalme region registered rainfall of more than 450 millimeters of water that generated floods and the Mexican Army activated the DN3 Plan to assist the affected civilian population because more than 1,500 homes had total losses due to the flood. .

In addition to economic damage due to flooding in industrial, commercial and residential areas, the rains have caused the death of at least 13 people, including 5 minors, of whom 12 died by drowning and one by lightning.

Despite the tragedy, Sonora went from stress due to water deficit to guaranteeing the supply to irrigate the next two agricultural cycles and capture enough water in wells and groundwater for urban consumption.