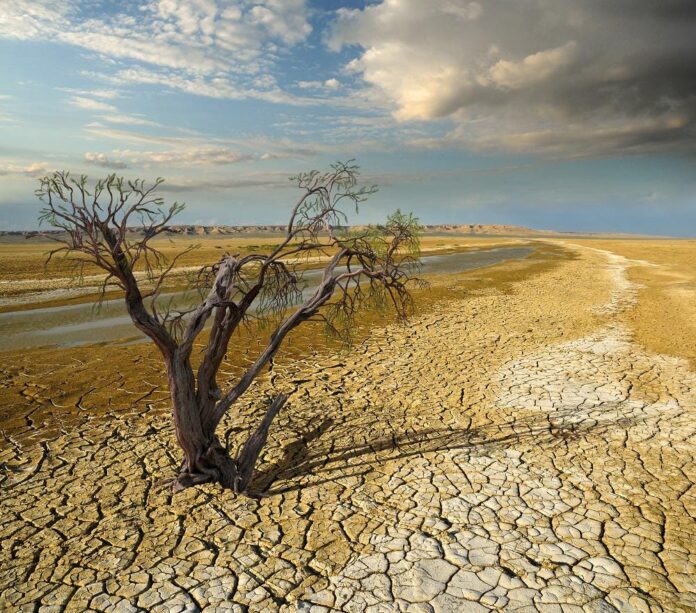 Drought conditions are covering 85% of Mexico as lakes and reservoirs dry up across the country. Mexico City is experiencing its worst drought in 30 years, and the reservoirs and aquifers are so depleted that some residents don’t have tap water.

Along with the drought in the north of the country, not only residents of the Monterrey metropolitan area have been running water for weeks, but also in Hermosillo, where they accuse poor distribution between domestic, agricultural and industrial use and reject the “simplistic” proposal government of a desalination plant.

The north faces the ravages of drought. In the metropolitan area of ​​Monterrey they have been running out of water for three months because the “Cerro Prieto” and “La Boca” dams are at least 10 percent full, a shortage that has escalated to the stimulation of cloudy rains, a shortage of jugs and finds of clandestine takings of ranches .

But in the north of Hermosillo they are also clamoring for this human right after weeks of low pressure and shortages during the day.

The Drought Monitor of the National Water Commission (Conagua) records as of May 31, from Baja California to Tamaulipas, areas with severe, extreme and even exceptional drought. But the citizens see something worse: a bad distribution of the resource.

“Every day we are above 40 or 45 degrees in the summer and without water. It is a very difficult situation, very complicated”, said Ignacio Peinado Luna, representative of the Union of Users of Hermosillo. “A few weeks ago I would arrive at six in the morning and leave at eight until the next day or I would arrive at nine and at noon there was no water. We just manifested and by magic we already have more pressure, although even so there are sectors where the water arrives at night or with low pressure”.

The State Water Commission (CEA) will invest 31 million pesos in drinking water works in Hermosillo and Governor Alfonso Durazo has proposed the construction of a desalination plant in Kino Bay or an expansion of the Empalme plant to supply the capital, whose technical and investment details will be reported later.

But between saucepans and shouts of “We want water!” and “water is worth more than everything”, thousands of citizens marched in the center of Hermosillo a few days ago to demand that the local government bring them water through the Independencia Aqueduct.

They also demanded control of the agricultural, agro-industry and real estate ejidos that monopolize more than 500 thousand m3/year with concessions since the 1990s, including Cemex, E-pura, Minera Roca Rodando, Agropecuario San Alberto, Castor Fields, among others. , according to the Public Registry of Conagua.

“It is understood that any industry and consortium needs water. The point is that the water must first be for human consumption and then for agriculture and industry. If there really was a water crisis in Sonora, the authorities would make desalination plants for the agricultural and industrial sectors, but they compromise the water for human consumption; They want to give the town processed water,” accused Ignacio.

In Ciudad Obregón, the Constellation Brands brewery was installed. “Why so much resistance to water coming from the Independencia Aqueduct from the Novillo dam to Hermosillo? Ears on the wolf: probably the main customer of this irrigation district is the brewery. It tried to expand in Mexicali, Baja California, where they opposed it because it was going to drink 20 million cubic meters a year and they managed to stop it,” said the resident of the Sonoran capital.

On the eve of summer, in 68 percent of the Sonoran territory, there is a severe drought and in the remaining 27, it is already extreme. At the national level, Sonora presents the greatest vulnerability of 82 thousand 905 hectares of cultivation due to the availability of water: as in no other state, two dams for agricultural use, “Abelardo Rodríguez” and “Ignacio Ramírez”, are at zero for percent of storage and another, “Adolfo Ruiz Cortínez”, is at 1.1 percent, reported the Agricultural and Fisheries Information Service.

In addition to the lack of sufficient precipitation to fill it, it is added that “there is a very poor distribution towards the north of the city and due to lack of maintenance in the network, 40 percent of the water is lost [due to leaks]; that is a sin because we need it”, criticized the representative of the Union of Users of Hermosillo.

“The chiefdoms believe they are owners and owners of the water, they believe that they can distribute natural resources right and left,” he asserted.

WATER FOR THE NORTH OF HERMOSILLO

At the end of May, the Governor of Sonora Alfonso Durazo proposed the desalination plant and highlighted that 31 million pesos will be invested, of which eight million will be used for the acquisition of two pieces of equipment used in the preventive maintenance of the Novillo dam; five million pesos for solar panels in the water treatment plant in southern Hermosillo; and eight million 500 thousand pesos for the acquisition of a purifier used in the handling of chlorine; one million 900 thousand pesos for the repair of the pump in El Colorado and another eight million pesos in support of the reservoir.

But the march of some 8,000 citizens of Hermosillo was to pressure state authorities for the construction of a North Branch to transport water to the north of the city through the Independencia Aqueduct from the El Novillo dam. In 2010, the Yaqui people opposed the construction of the Aqueduct to defend the water of the Yaqui basin, but the work was consolidated.

“The Aqueduct came into operation in 2013, but the water that comes only supplies the south of the city of Hermosillo and the north-northwest is supplied by wells. The complementary work to the aqueduct that is the North Branch that we asked the authorities in the demonstration was not done, ”explained Ignacio Peinado, representative of the Union of Users of Hermosillo.

The Finance Commission of the Congress of Sonora stopped the budget for the work that, according to the Union of Users, would guarantee them water 24 hours a day or at least more than currently. “He gave him a stick, he just didn’t spend it turning his back on users in this sector who are already tired,” lamented the Sonoran.

In turn, during the march, they rejected Governor Alfonso Durazo’s proposal to build a desalination plant to supply citizens, because the rates for this human right would become more expensive and, they believe, will only benefit the company that obtains the contract.

“We oppose the desalination plant because of the cost per cubic meter, which would skyrocket to very disproportionate dimensions. At this time, even with the lack of water, we receive receipts of 400 to 800 pesos. Imagine now for the desalination plant that its only advantage is that it uses the sea (almost inexhaustible resource), but uses a lot of electricity; there would be no way to pay the water bill”, estimated Ignacio.

In Cochori, a desalination plant was installed for the port of Guaymas and Empalme, about 20 kilometers away. “It will start operations in July of this year and the price per cubic meter will be 22 pesos, that is, bringing it to Hermosillo uphill 130 kilometers would have a very strong impact on the economy,” he predicted.

“If you want a desalination plant, build it wherever you like and take water to the large industries that require a lot of water, to the farmers, but give us fresh water because the desalination plant ultimately impacts health if you don’t have a purifier,” Ignatius assured.

Since the end of March, Aguas y Drainaje de Monterrey has carried out water testing in homes and schools in the Monterrey metropolitan area due to the low storage of the “Cerro Prieto” dam (2.06 percent) and “La Boca” (8.22 percent). ), at the same time that it has dug new wells, repaired leaks and supported the discovery of huachicoleo: 160 thousand clandestine domestic taps and filed three complaints with the local prosecutor’s office for taps in the “El Cuchillo-Monterrey” aqueduct for ranch ponds.

Likewise, Governor Samuel García reported this week on the detection, together with Conagua, of huachicoleo in Los Ramones, Linares, Hualahuises, Santiago and Allende for ranches, orchards or cattle, including “a front man for a former governor”, a former politician of San Pedro, former governors, former mayors and a restaurateur, which will increase the supply from 11.2 to 12.7 thousand liters per second, which allowed the supply to be extended for one hour until 11 in the morning. The names, García clarified, will not be able to reveal them until the local Prosecutor’s Office has the investigation files to avoid amparos.

“If it’s their money and they want to buy ranches, that’s their problem, but they can’t steal our water. They bought thousands of hectares right where the rivers pass and, alleging private property, they gave him brutal bites”, said the local president.

In Linares, they found three dams with water pumps on a ranch. Although the owners showed the permit, Conagua detected that it was only four years while the “Cerro Prieto” dam was finished, but it never stopped pumping 600 liters of water per day, the equivalent of what is consumed by the entire municipality of García with 350 thousand inhabitants, dimensioned the Governor.

“We are going to go through the clandestine pipelines, there is a lot of illegality for many years with illegal wells, expired or that take more; pipes and hoses from the rivers, from water sources, from ranches attached to dams that draw water illegally and that is what consumes a large part of the water that should be in the distribution network, ”he said.

Regarding the shortage of bottled water and soft drinks seen on store shelves in Monterrey these days, the director of Water and Drainage, Juan Ignacio Barragán, called on the population to have confidence that the water they distribute is drinkable.

“Bottled water is a hundred times more expensive than ours than drinking water, it is a personal decision, but we do not recommend it,” he said at a press conference.