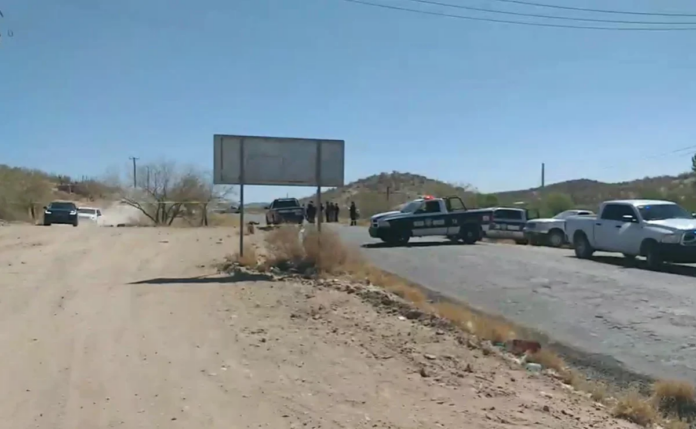 While making a live broadcast in Sonora, the journalist was intercepted by a group of men in a car who took his cell phone.

The journalist Jesús Manuel Loroña, was the victim of robbery by a group of men who from a convoy demanded that he hand over his cell phone while making a live broadcast via Facebook, from a highway in Sonora.

The journalist from Radio La Kallejera, in Sonora, reported, on the morning of Wednesday, June 15, the execution of two people in the municipality of Altar.

The first murder was recorded on Hidalgo Street, where the body of a man with a bullet wound to the head was found. The second execution was reported by Manuel Loroña an hour later through a live broadcast via Facebook in which he reported on the events and alerted the population about the insecure environment in the municipality.

“Tragic mornings this day, unfortunate one can say, because they have just executed the second person of the day in our municipality,” said the journalist in his broadcast, in which he reported the murder on the highway to the town of Oquitoa.

In the video of the transmission, the presence of elements of the Municipal Police, of the Ministerial Agency for Criminal Investigation (AMIC) who gathered information about the execution is observed.

“Code red in our municipality, take your precautions, if you don’t have to go out, don’t go out. It is unfortunate what just happened this morning, things that had not happened and are happening now in our municipality. We ask the community to stay in their homes until further notice,” said the journalist.

After six minutes of transmission, it is seen how a caravan of vehicles circulates towards where the journalist is located and a few meters from the police and ministerial elements.

Last night, the Attorney General of the State of Sonora spoke about it, through its Twitter account:

“In the #FiscaliaDeSonora, at our level of competence, we officially initiated an investigation derived from a video that was made public, for the crime of theft of a cell phone, to a reporter who was covering an event in the #Altar area” was the only thing reported by the authorities,” he wrote.