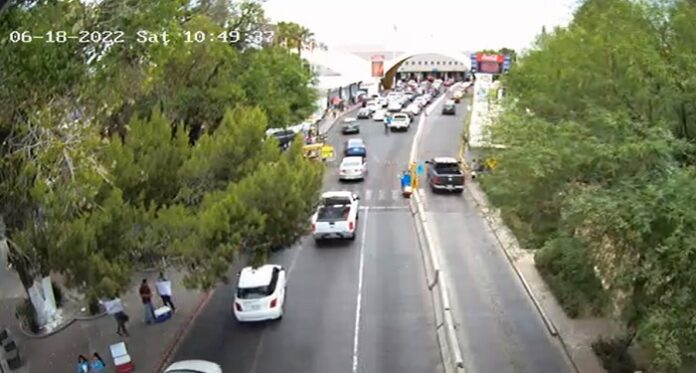 NOGALES, SONORA – The U.S. and Mexico share natural resources such as rivers and underground water supplies. So, when poorly treated sewage started flowing across the border wall from Mexico, environmentalists in Southern Arizona raised a red flag.

“The effluent from a new subdivision in Mexico is coming across the border and it seems to be highly contaminated, very poorly treated. It smells as you walk up to it,” said Ben Lomeli, president of Friends of the Santa Cruz River.

The group monitors water quality and environmental threats in the region. Its members a few weeks ago detected refuse and nauseating smells in a flood plain called Oso Wash next to the border wall east of Nogales. Group members took samples and detected E. coli coming from a Mexican wastewater plant in Nogales, Sonora.

The group says that’s likely the result of “not sufficiently treated” or chlorinated wastewater, which fosters the growth of algae, protozoa, fungi, bacteria, worms and leeches. Lomeli is also concerned about chemicals and possibly metals that may be present in poorly treated effluent and may find their way to underground water supplies.

“There are several ranches and homes and other wells in that area that would use that water. The closer you are to the source the heavier the contamination potential,” Lomeli said.

The International Boundary and Water Commission and the Arizona Department of Environmental Quality verified the E. coli findings.

Officials on both sides of the border said treated wastewater from Mexico often flows across the border but attributed the contamination to equipment failure or shortcomings at the Nogales, Sonora, treatment plant.