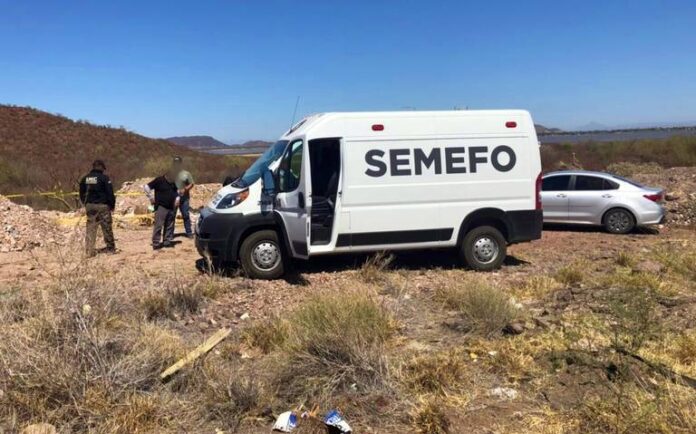 Five men have been killed and two others wounded in a shooting attack on a highway, prosecutors in the northern Mexican state of Sonora said on Monday, October.

Prosecutors in the border state of Sonora said the killings may have been the work of vigilantes.

A burned-out pickup truck with a load of scrap metal was found near the men’s bodies, and a hand-written note on one of the corpses read, “This is what happens to thieves who go around stealing metal and dismantling ranches.”

The two wounded victims were taken to a local hospital. The attack occurred on the road to the town of Santa Ana, near the U.S. border.

The stretch of highway between Benjamin Hill and Santa Ana is also frequently used by drug traffickers.

Once the Expert Services and the Forensic Medical Service unit arrived, the remains were sent to an amphitheater when the crime scene was processed to continue with the investigations.