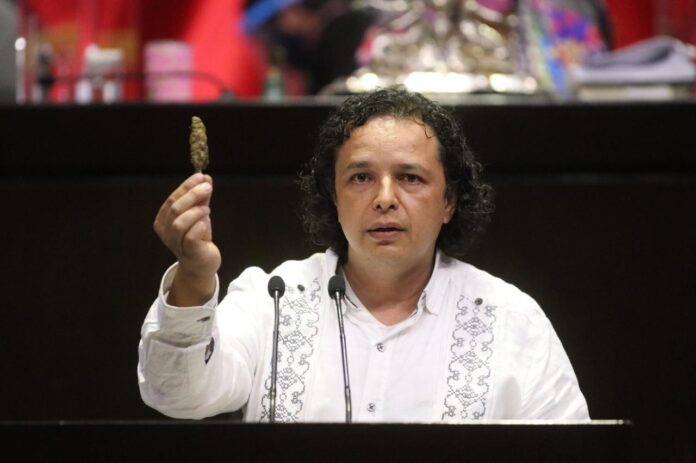 According to the legislator Hirepan Maya, the proposal adds to the claim of 500 years of indigenous resistance, which has led to renaming places or situations related to the Spanish conqueror.

The representative for the National Regeneration Movement ( Morena ), Hirepan Maya, proposed in San Lázaro to change the name of the Sea of ​​Cortez to Sea of ​​the Yaqui, in order to eliminate the nomination of the Spanish conqueror Hernán Cortés to place the name of the main indigenous ethnic group in the Sonora region.

The initiative, published on September 14 in the parliamentary gazette, “urges the authorities to change the geographical nomenclature from the Sea of ​​Cortez to the Sea of ​​the Yaqui .”

According to the legislator, the proposal adds to the claim of 500 years of indigenous resistance, which has led to renaming places or situations related to Cortés, such as the name of the square where the Ahuehuete is located next to which the conqueror shed his tears on the so-called Sad Night after losing a battle on July 30, 1520; For this reason, since Tuesday, July 27, it has been called “ Plaza de la Noche Victororiosa ”, in homage to the battle in which the Mexica defeated the Spanish.

“When we talk about the Sad Night we think of Cortés and the Spaniards who invaded these lands, when we say Victorious Night, we vindicate the men and women who were riddled with the massacre of the Templo Mayor, but we also vindicate the ancient settlers, ” explained the Head of Government of Mexico City, Claudia Sheinbaum.

During the “Vindication of the Victorious Night” event, the capital president explained that the change of nomenclature was made due to the conviction that Mexican society needs to know its origin so that it knows where it is going, in order to resolve the problems of the present.

Likewise, as of August 19, Puente de Alvarado avenue changed its name to Mexico-Tenochtitlan road , also renaming the Metrobús line 4 station, which had the name of the Spanish conqueror.

“Calling this street Mexico-Tenochtitlan today, 500 years later, is a way of changing our historical memory and paying homage to these anonymous victims of combat, of that atrocious war that lasted from May 1520 to August 1521. ″, Said at the time Federico Navarrete Linares, professor and researcher at the National Autonomous University of Mexico ( UNAM ).

However, when the Morenista’s initiative was made known, the reactions of the Internet users did not take long to arrive; a Twitter user made fun of the proposal, and in the form of a list, he named some candidate places to “be renamed for the 500 years of indigenous resistance”, such as the Villa de Cortés Metro, the Sea of ​​Cortés and the Hacienda de Cortés Restaurant.

Another Internet user pointed out that the “occurrence” of the deputy has already entered the House committees , so they may even change the name to ” Sea of ​​Wellbeing .”

On July 15, 2005, the Gulf Islands were declared a World Heritage Site in their category of natural assets (Photo: Twitter @ClaudiaPavlovic)

“What apparently this ignorant deputy does not know, and neither do those who accepted this initiative, is that the official name of that place is the Gulf of California, and the Sea of ​​Cortez is more of a customary reference. Anyway, there are only 3 years left … only 3 years and they are leaving ”, he added.

It should be noted that the Gulf of California, called the Sea of ​​Cortez or Bermejo Sea, is an extension of the Pacific Ocean that is located between the Baja California peninsula and the states of Sonora and Sinaloa, in the northwestern part of Mexico.

On July 15, 2005, the Gulf Islands were officially declared a World Heritage Site in their category of natural assets, making the area one of the favorite destinations for tourists from the region and international, given that integrates unique rock formations.