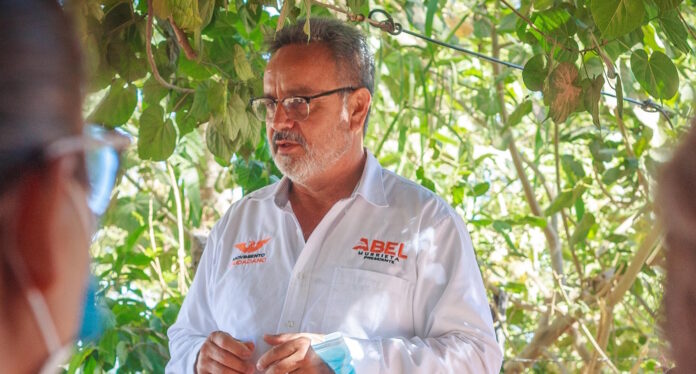 The former attorney general and candidate for the municipal presidency Abel Murrieta was assassinated in Cajeme, Sonora while he was handing out flyers in the streets of Ciudad Obregon during a campaign event.

The candidate, who worked as a lawyer for the LeBarón family, was gunned down while he was at a campaign event, in the Tutuli Square of this municipality.

Through social networks, the Secretary of State Security indicated that they are working with other agencies to clarify the attack.
Prior to the attack, the candidate shared on social networks his intention to act against insecurity in the municipality.

“Cajeme can no longer tolerate corrupt politicians who leave those who attack citizens unpunished,” he posted in his latest Twitter post.

The governor of Sonora, Claudia Pavlovich, expressed her condemnation for the murder of the candidate, whom she recognized as “a Sonoran who always worked and served his land.”

She called on the Security Board to redouble its work and reinforce actions, as she said, “We must not allow this type of attack on democracy.”

Movimiento Ciudadano condemned the murder of Murrieta and reported that Lizeth López, a woman who was injured during the attack, is stable.

“Citizens live in fear, but in Sonora, in Cajeme criminals shot down the candidate and want to condemn us to despair. Abel paid for having said in the campaign that he had the courage to confront the drug lords and that he was going to get things in order, “said Clemente Castañeda, the party’s national coordinator.