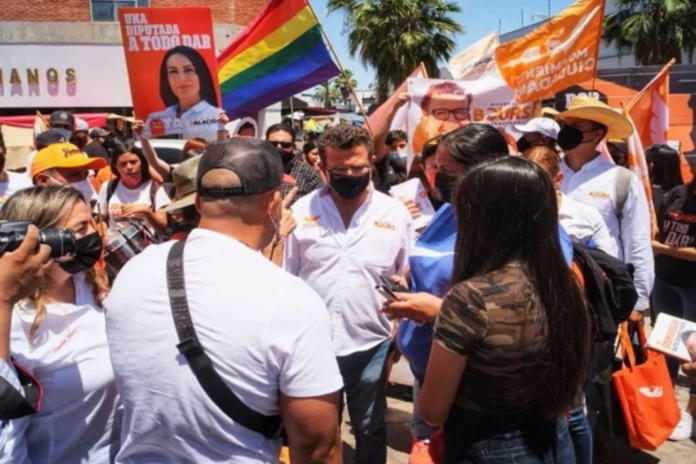 The candidate for governor for the Citizen Movement promised merchants to promote modifications to the Law of Purchases and Acquisitions, and of Public Works of the state

Sonora.- In a tour that Ricardo Bours made, through the center of the capital, he promised to promote law initiatives that guarantee that the purchases of the Sonora government are made with local suppliers.

The candidate for governor of Sonora by Movimiento Ciudadano, spoke with merchants and residents of the place to whom he assured that during his government he will detonate trade through a modification to several laws that support them.

“We are going to ask that the Law on Purchases and Acquisitions, and on Public Works, be modified to ensure that all purchases made by the government in Hermosillo, the municipal government, and the state government are from local suppliers.”

“For example, that school uniforms are made again here in Sonora by seamstresses and that they can be marketed in these shops as they used to be, give the student a voucher to go and deliver it and based on that the government will pay an amount per voucher “.

Ricardo Bours recognized the work of the merchants who have been abandoned by the different administrations.

“We have to give movement and life to these businesses that have survived heroically, we sometimes forget but the downtown merchants were the ones who started the city and they are the heroes who have been going through one and a thousand battles and the government does not do nothing for them, “he said.

“Let’s go with all of Ricardo, straight ahead, we already need a change!” A salesman yelled at Ricardo Bours as he toured the center of Hermosillo.