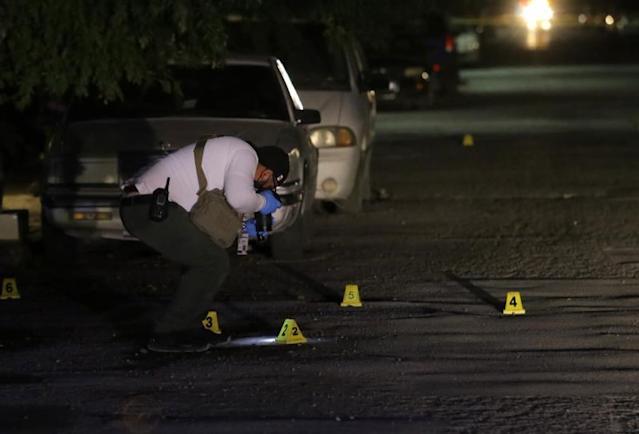 Caborca, Sonora. Benjamín Morales Hernández, a Sonoran journalist for Noticias Xonoidag, was found dead with a message – which has not been released – in the vicinity of ejido Morelia, located north of the Sonora desert.

His body showed several bullet wounds and his vehicle, with the engine still running, was located a few meters away from the journalist’s dead body.

Agents of the Municipal Police reported that the lifeless body of Benjamín Morales Hernández was located at kilometer 167 of the Sonoyta-Caborca ​​highway. The events took place around 01:55 on Monday, May 3rd, World Press Freedom Day.

The Sonora State Attorney General’s Office (FGJES) confirmed the location of the reporter who had been kidnapped since Sunday, May 2nd, and who received death threats a couple of days before.

A few meters from the discovery, on the state highway that connects one of the most violent regions of the state, the white GMC Sierra pick Up truck was found, with the keys on the ignition and the engine running.

Natanael Morales Hernández, the journalist’s brother, explained that Benjamin was reported missing since Sunday afternoon when they lost contact with him. His last live transmission through the Noticias Xonoidag Facebook platform was made on the morning of Saturday, May 1, Labor Day, and he spoke about the current electoral campaigns that are being held at the municipal and state level in Sonora.