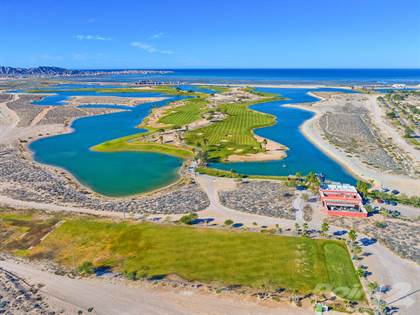 Puerto Peñasco, Sonora.- It is the Islas del Mar beach with an area of ​​2,229 meters and is in audits to achieve certification by the Mexican Institute of Standardization and Certification as the largest recreational use coast in Mexico.

In the review and evaluation process, standards are supervised, such as water quality with monitoring and laboratory tests; implementation of a comprehensive cleaning and environmental education programs; waste management on-site and on the seabed.

This also requires and supervises the training of development or complex personnel involved in the beach front and the application of biodiversity programs and conservation of protected species, that the infrastructure offers life-saving services, security and attention to visitors, among others.

For Puerto Peñasco and the development of Islas del Mar, it is a great opportunity to expand a second beach certified nationally for all the guarantees and advantages that it entails, said César García, director of the Federal Maritime Zone (Zofemat) in the city, especially for the trust generated in the bathers.

Currently, the municipality has the only clean and sustainable beach in Sonora, it has a certification of 1,791 meters of coastline and ranges from the Playa Bonita hotel, Puerta Privada, Sonoran Sky to the Las Palomas Resort complex.

In addition, Mannys Beach received its first Blue Flag badge when it was certified with a coastline of 71 linear meters.

Alfonso Durazo proposed the construction of a marina, with investment from the private sector, as well as programs to facilitate the entry of US vessels seeking to reach the Sea of ​​Cortez, with the aim of attracting nautical tourism and fishing sporty.

The common candidate for governor for Morena, PT, Verde Ecologista and Nueva Alianza Sonora, proposed transforming Puerto Peñasco into a city dedicated to foreign medical tourism, in addition to making arrangements with the IMSS to expand hospital capacity in the port.

In the Plaza Gobernadores he commented that he was willing to end the chiefdom of the families and power groups that have controlled the municipal government of Puerto Peñasco:

“Here, as in Sonora, a group of power has controlled the (municipal) government for many years and many three years. Some come out and others come in but they represent the same interests, the same corruption and the same abandonment of the people, ”he declared.

In the Lázaro Cárdenas square, in Sonoyta, the candidate promised to expand customs to avoid long lines and reduce waiting times to just 20 minutes, to the benefit of the tourism and commercial sector.

“We are going to expand the customs office currently established in Sonoyta and we are going to manage with the North American counterpart the expansion of the Lukeville customs office so that on weekends where there are queues -from there to and from- of 6 kilometers, we will reduce waiting times. “,