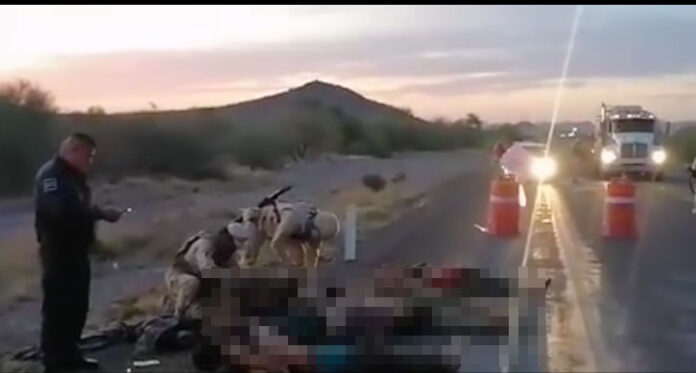 The police authorities of this city took note this morning, shortly before 06:00 hours, of the macabre discovery of five bodies on the Caborca-Sonoyta international highway, at kilometer 112.

In the same place, the criminals also left a wounded man, whom perhaps they also left for dead; he was found alive, tortured, and bound hand and foot tied.

All the victims are male, and it is presumed that they were abandoned at the aforementioned point in the early hours of the morning.

The Municipal Police was the first authority to arrive at the place, after reporting to 911 about the presence of bodies on the edge of the aforementioned stretch of road.

The report was reported as being six men were executed, but when the agents arrived, they realized that one was still alive.