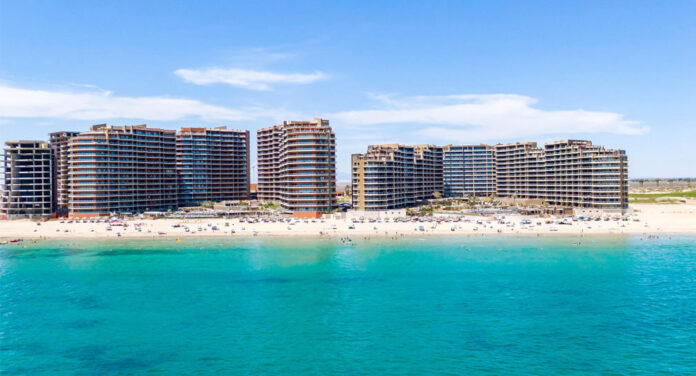 Puerto Peñasco, Sonora.- The government should encourage cities, municipalities, and companies that continued with their work even with the pandemic, that never stopped and keeps jobs instead of trying to stop tourism, said Héctor Vázquez del Mercado.

The president of the Office of Conventions and Visitors (OCV) of Puerto Peñasco, pointed out that communion or agreement should be sought so that the beaches remain open during Easter, as long as the sanitary measures and protocols are taken.

“We can be a model municipality in care and protocols and that at Easter our beaches and businesses that comply with the protocols must remain open with certain measures, why not recognize the effort made by the private initiative, the weight of tourism as creator sources of employment, dropped 58%, “he said.

Then listen to the complete interview that we leave you here below through our YouTube channel:

Last weekend, in Puerto Peñasco, the curfew was extended from 6:00 a.m. to 1:00 a.m., when it was until 11:00 p.m. in pandemic season, the above because On March 15, the Spring Break season will begin in the US and on March 29, the Easter holidays in Mexico, and this attracts thousands of tourists to the city.

This extension of schedule will first be from February 26 to March 14, and again it will be established from March 29 to April 4, after this period the defined protocols will return.

This measure was approved in a series of provisions by the Municipal Health and Safety Council after meetings held by the secretary of the city council, Terencio Gutiérrez, with representatives of the Puerto Peñasco Convention and Visitors Bureau (OCV), National Chamber of Commerce ( Canaco) of the city, Musicians Union, hotel union, restaurants and bars, tourist service providers, fast food establishments (Fixed and Semi-fixed) and service stores.

Within the agreements, it was prohibited to contract groups and/or music programming in areas such as El Malecón, Calle 13, and beaches, preventive protocols must be applied such as maximum occupancy of 60% in hotels and 80% in resort villas, the capacity of 40% indoors and 50% outdoors.

In the case of the Malecón, the hiring of musical bands or alcohol bars will not be allowed and it will close at 11 pm.

Finally, the municipal secretary stated that there are more than 3,000 letters of commitment signed by those who joined the economic reactivation and those who fail to comply, will be called to their attention, will be fined and receive sanctions, as well as the temporary closure of the establishment or license of operation.