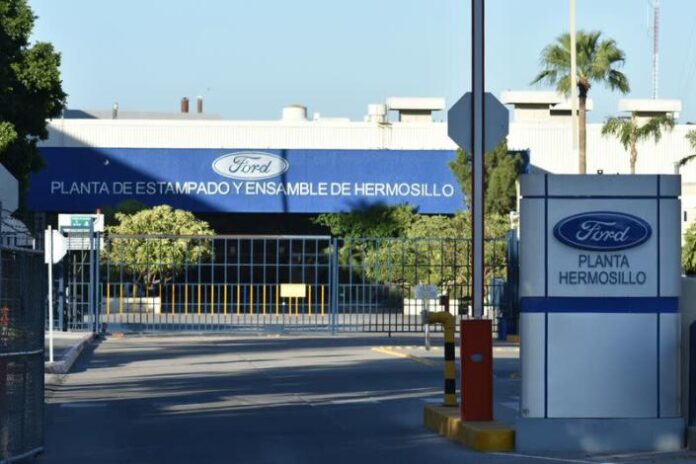 U.S. automaker Ford Motor Co will temporarily suspend production on Friday, October 15th, at its Hermosillo plant in Mexico’s Sonora state due to a shortage of materials, the plant’s labor union said on Thursday, October 14th.

Workers will be paid 75% of salaries on Friday, the union added.

Ford had also suspended production from Oct. 11-12 at its Hermosillo plant, where it makes its Bronco Sport SUV and Maverick compact pickup.-

The union did not specify which materials were in short supply, but other automakers have been struggling with a chip shortage as manufacturers shifted production toward parts needed for laptop computers, cellphones, and video games during the pandemic.

Ford did not immediately respond to a request for comment.

Earlier this month, Ford said it would suspend production at its Flat Rock, Michigan, plant and at parts of its Kansas City, Missouri, plant.