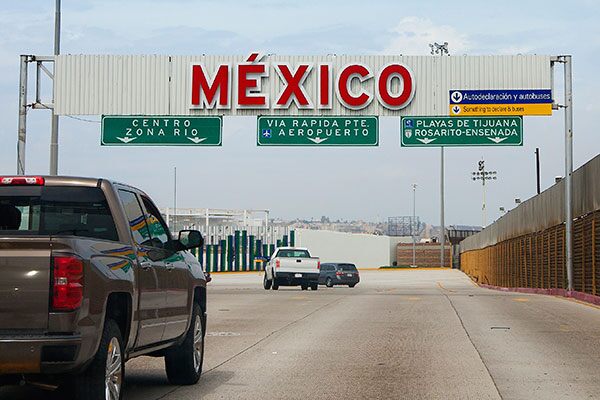 Fully vaccinated Canadians will be allowed to enter the United States at land and ferry border crossings starting in early November.

Senior U.S. officials announced Tuesday night a plan to begin reopening the land borders with Canada and Mexico, which have been closed for non-essential travel since the early days of the COVID-19 pandemic in March 2020.

An exact date for the reopening has not yet been determined, according to senior administration officials who briefed reporters earlier about the plan during a conference call.

They said a number of details are still being worked out, including the type of documentation that will be accepted to prove a traveler’s vaccination status.

“We are working to clarify and finalize all the details with our American partners,” Deputy Prime Minister Chrystia Freeland said during a brief scrum in Washington Wednesday.

However, an official on the call noted that the CDC plans to recommend the acceptance of air travelers who have been inoculated with any vaccine approved for emergency use by the World Health Organization, which includes AstraZeneca. The official said a similar rule should be expected at land crossings.

Tuesday night’s announcement about the reopening came shortly after Rep. Brian Higgins — a New York Democrat who has been one of the loudest critics in Washington of the continued border restrictions — broke the news in a written statement.

“The sigh of relief coming from northern border communities following this announcement is so loud it can practically be heard on either end of the Peace Bridge,” Higgins said in the statement, referring to the span that connects Buffalo, N.Y., to Fort Erie, Ont., and one of the busiest bridges between the two countries.

Canadians to be asked about vaccination status

“We are pleased to be taking steps to resume regular travel in a safe and sustainable manner,” he said.

According to U.S. officials, Canadians crossing the border will be questioned about their vaccination status by border agents.

Proof of vaccination will only be required if a traveler is sent for secondary screening, the government officials said on the call.

If a traveler is fully vaccinated, there will be no requirement for them to show a negative COVID-19 test.

When the updated rules go into effect, the U.S. will also ease other travel restrictions for fully vaccinated travelers arriving by air.

With an opening on the horizon, Freeland still urged caution.

“Just try to do the things you need to do and maybe hold back on doing the things you just want to do,” she said, quoting Dr. Eileen de Villa, the medical officer of health for Toronto.

“And I think if we can keep on doing that for a few more weeks, Canada can really fully put COVID-19 behind us.”

The updated rules mean Canadian and U.S. citizens will soon face essentially the same rules when crossing the border after months of different measures at the world’s longest international border.

The Canadian government in August reopened its border to fully vaccinated U.S. travelers, which raised repeated questions about why the U.S. did not make the same change.

The U.S. rules have also been described as inconsistent, since Canadians have been allowed to enter the U.S. by air, even for non-essential purposes, for most of the pandemic.

The government officials said the updated regulations reflect the growing uptake in vaccinations across North America.

They noted that nearly 263 million people in Canada, the U.S., and Mexico are now fully vaccinated.

Essential workers crossing the land border, such as truckers, will also face a new vaccine mandate starting sometime in January 2022.

The officials said they are waiting to implement that change, which they referred to as the second phase of the border reopening, so that essential worker are given adequate time to get fully vaccinated.

The existing border restrictions were set to expire on Oct. 21, but will now be extended until the new rules go into effect.

According to the Canadian Snowbird Association, in a typical year, more than one million snowbirds make the trek down south, and most travel in their vehicles.