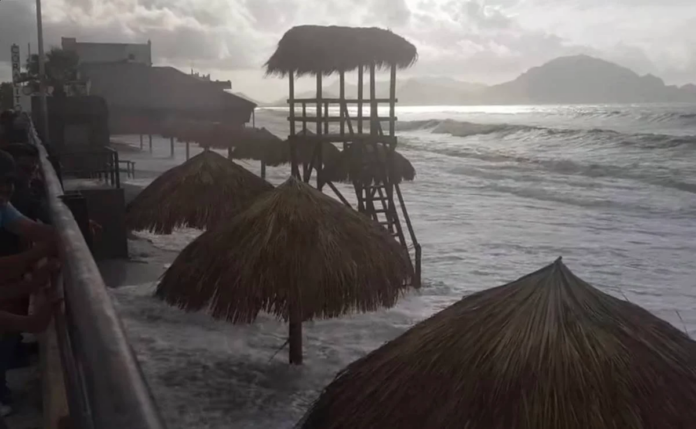 With walkers and wheelchairs, it had a cost of 8 million 400 thousand pesos. From its inception, the project was criticized for being located in a risk zone

Guaymas.- The ” inclusive beach ” of San Carlos, in Sonora, and which had a cost of 8 million 400 thousand pesos, was washed away by a strong storm surge this Friday.

The project presented last July was due to be completed on August 25 with removable equipment in case of high tide or hurricane alert, however, it was razed this afternoon, yet to be inaugurated.

In addition, in the construction specifications, there are two access ramps for people in wheelchairs, which connect with a main walker.

From the beginning of the project, the mayor of the Labor Party (PT), Sara Valle, was criticized and warned for promoting the project in a risk zone.

The coordinating deputy of the PT bench in the local Congress, Sebastián Orduño, published on his social networks that he had disagreed on the location of that infrastructure.

“We pointed out that this place was not the right one to carry out this noble project of the inclusive beach in Guaymas, they did not listen to us, those of the current city council of the entire town of Guaymas mocked.”

“Someone must pay for this! My commitment remains firm, we are going to review the public account in detail and demand audits. Guaymas already deserves justice! ”, He said.