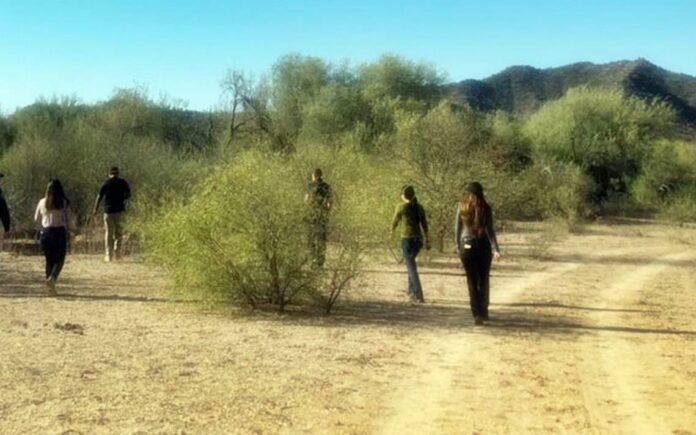 The Sonora Prosecutor’s Office reported the discovery of the body of Priscila “N”, who disappeared after meeting a subject she met through the Tinder dating application.

Agents of the Criminal Investigation Ministerial Agency (AMIC) of the Sonora Prosecutor’s Office located the body of Priscila Juárez Enríquez, a 27-year-old girl who disappeared days before.

Relatives of the woman identified her body, which was found on the way to the coast of Hermosillo, she was recognized by the tattoos she had in different parts of her body.

After a day and a half of reviewing the area in which she was last seen, an area of ​​2 and a half kilometers at kilometer 18 of Highway 26, agents of the Attorney General’s Office of the State of Sonora (FGJE) found the body three kilometers south of the asphalt strip.

The remains were half-buried in the forest, so AMIC personnel preserved the scene until the arrival of the forensics experts, who collected evidence and carried out the removal of the body.

Priscila was reported missing on March 22, a day after she did not return to her house after having an encounter with a subject with whom she made contact through Tinder.

According to the young woman’s family, she met a man through said application, with whom she went out to eat to meet him in person and later they attended a party.

During these two outings, they maintained contact with her on WhatsApp, however, hours later they did not hear from her again.

Despite the identification of the remains by relatives, the Forensic Scientific Intelligence Laboratory (CIF), of the Sonora Prosecutor’s Office, will carry out genetic comparisons to have greater certainty that it is the young woman, for which samples were taken DNA of the victim’s sister, aunt and son.

The Prosecutor’s Office called on mothers and fathers as well as users of this type of application to exercise extreme caution when meeting people on this platform and avoid risky situations.