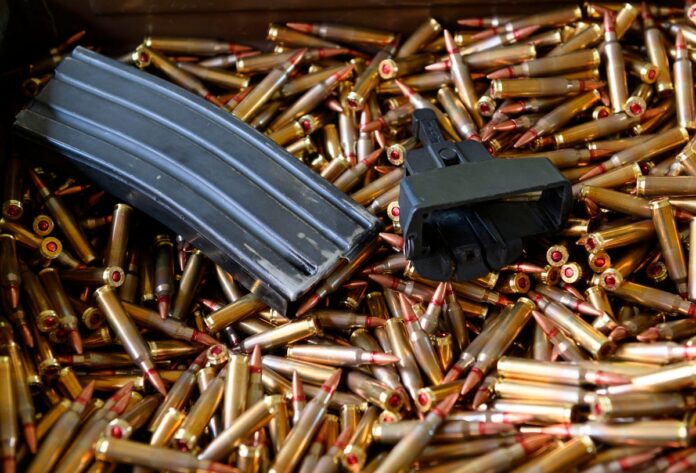 The Mexican army and National Guard said Thursday they found almost 3 million rounds of ammunition and at least 16 fully automatic, belt-fed machine guns in raids this week on several houses in the northern border state of Sonora.

The Defense Department said the seizure was the biggest haul of illegal ammunition in recent memory in Mexico.

The ammo, more than enough to supply a battalion-size force, was found in the city of Navojoa during raids Tuesday and Wednesday. Navojoa is a crossroads town in the southern part of Sonora several hundred miles from the U.S. border.

Sonora has been the scene of bloody turf battles between factions of the Sinaloa cartel and gangs allied with fugitive drug lord Rafael Caro Quintero.

The total amount of material seized was 2.83 million rounds, 14,722 magazines, and 128 rifles of different calibers, authorities said. There were also six .50 caliber sniper rifles and 19 machine guns, of which at least 16 appeared to be belt-fed, they said.