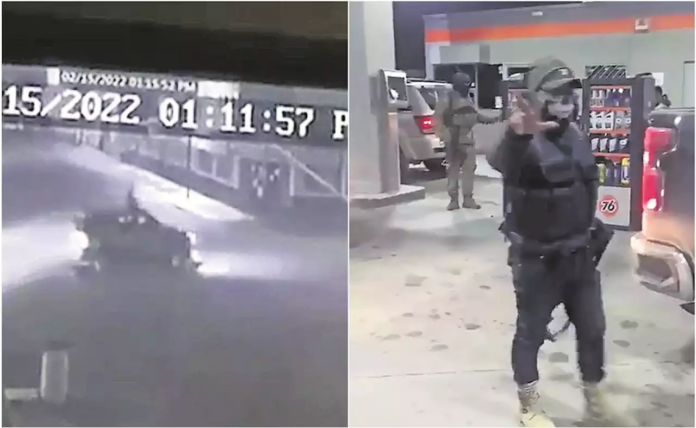 At least six hours of shooting were reported in Caborca, Sonora, leaving four dead, people missing and cars and houses shot up. Due to these events, the Municipal President Abraham David Mier Nogales called on the population to suspend economic, sports and social activities starting at 10:00 p.m. on February 16.

A commando broke into the streets of the municipality of Caborca, in Sonora, last night, February 15, leaving an unofficial balance of four executed and several missing persons, as well as houses and vehicles allegedly shot.

According to information from local media and citizens who broadcast videos on networks, the shooting would have lasted at least six hours in which detonations of large-caliber firearms were heard.

Due to these events, this day the Municipal President of Caborca, Abraham David Mier Nogales, called on the population to suspend economic, sports, and social activities starting at 10:00 p.m. (11:00 p.m., City time). from Mexico).

“Thinking about the safety of the people of Caborca, we have made the decision to suspend all sporting events this day and we invite local businesses to close at 10 pm; We are doing everything in our power to guarantee security in our municipality,” reads the message posted on Twitter and Facebook by the Mayor.

In another publication, he declared that the acts of violence in the town exceeded the response of the security authorities: “I recognize that events such as those experienced this morning exceeded the level of response of the police forces since we were not able to prevent these unfortunate events.” .

The Ministry of Public Security in Sonora reported that a coordinated operation was deployed by the Ministry of National Defense (Sedena), PESP, National Guard, and Municipal Police, resulting in three people being detained, as well as weapons and vehicles that were made available to the Attorney General of the Republic (FGR).

The reports of armed people began at 10:00 p.m. on Tuesday, February 15, with a series of firearm detonations in the Pitiquito area. Half an hour later, attention focused on the city of Caborca, about 11 kilometers away, where Code Red was activated due to the arrival of armed people at the La Y Griega delegation.

According to the videos broadcast on networks by the inhabitants of the town, they had to take shelter in their homes and alert the authorities about armed clashes until the early hours of this Wednesday.

Violence in Sonora has increased in recent months to the extent that President Andrés Manuel López Obrador implemented this week a special security plan for Cajeme, one of the municipalities with the highest number of intentional homicides in the country. But not only that municipality is affected by insecurity.

At a time when the great drug cartels had not broken up, the criminal organization of the Beltrán Leyva brothers, at one time allies, and also relatives of Joaquín “El Chapo” Guzmán, had taken over the Sonora plaza, now, there are at least 10 drug groups that are fighting for the entity.

Sonora is a place coveted by criminal cartels thanks to its privileged geography that connects them with Arizona and New Mexico in the United States; Sinaloa and Baja California, in Mexico, at the same time that it has different maritime outlets to the Gulf of California.

After years of relative calm, violence between cartels led to violence reaching levels by December 2021 above those recorded in any other year.

Figures from the Executive Secretariat of the National Public Security System indicate that intentional homicides, femicides, drug dealing, kidnapping, kidnapping, rape and family violence, showed an increase in the period from January to December 2021 compared to 2020.

According to the figures, the investigation folders, intentional homicide increased 26.28 percent from January to September 2021 with 1,235 cases, in the same period of 2020 978 were registered. Kidnapping registered an increase of 66.7 percent.