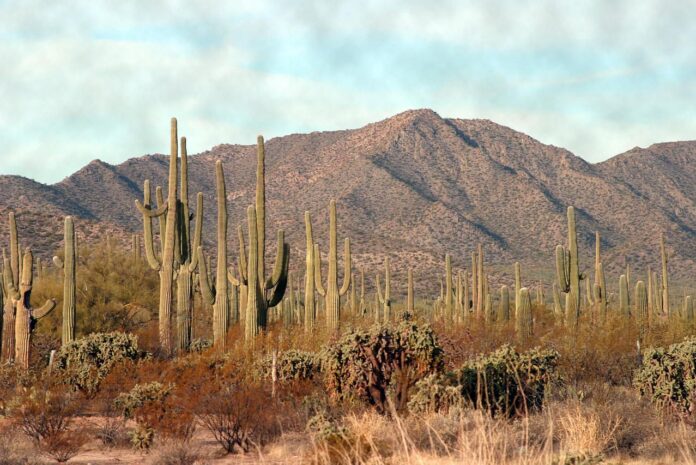 NOGALES. SONORA.- Undocumented migrants who attempt to cross the border from Mexico to the US are disproportionately dying in a harsh stretch of desert that is becoming deadlier due to the climate change and global warming crisis, a new research has found.

Migrants and asylum seekers trying to enter the US are often forced to traverse the harsh environment of the Sonoran desert in order to avoid border patrols and fortified crossing points. This hazardous journey is putting many of them under severe physical stress, according to researchers, with many dying in the heat due to dehydration and organ failure.

This risk will only intensify as the world heats up further due to human activity, with the research finding that in the next three decades migrants will become so dehydrated in the desert that they will have to carry 34% more water with them in order to survive.

“Crossing the border across these extreme environments is really dangerous for humans to do and in the next 30 years, with rising temperatures, it’s going to become even more extreme and push those levels to even further beyond what humans can actually sustain,” said Hallie Walker, a researcher at the University of Idaho and co-author of the research, published in Science. “It is incredibly dangerous.”

In the year to 30 September, US border agents apprehended more than 1.7 million people attempting to cross from Mexico into the US. Many of those who avoid arrest do so by taking on the daunting journey across the Sonoran desert, a rocky, scrubby expanse of land in Mexico and the southwestern US that oscillates between scorching heat in summer to freezing conditions in winter and contains more species of rattlesnake than any region in the world.

An estimated 350 people a year, most fleeing violence and persecution at home, die attempting this crossing, with some of these deaths due to suicide, exposure, or car accidents. Researchers found, however, that a significant risk is the loss of fluids in a region where summer temperatures can reach 48C (118F).

Using a model that factored in the physical toll of making a journey from Nogales, a Mexican border city, and Three Points, Arizona, the study found that people can succumb to the conditions within just a few days, with migrants often ill-prepared for the journey. The stress is highest for pregnant women and children, with the research finding that a pregnant woman needs nearly 12 liters of water a day to survive making the trek in June.