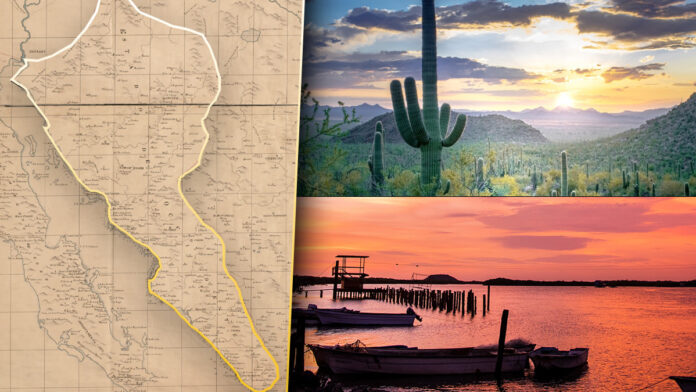 Sinaloa and Sonora are incompatible, or at least that is what they considered for the dissolution of the Western State to be consummated in 1830.

Those from the north of Sinaloa use different words from those from the center and south, and it is precisely because of their proximity to Sonora, but not only that, many yesterdays ago, Sinaloa and Sonora were the same, and as happens even in the best families, there were tensions that ended in a separation and claim of territories.

According to historical data, the State of the West had 14 governors in 6 years, until its dissolution in 1830. All these political movements were given by the different forces of political and economic interests.

During those 6 years being the State of the West, 3 points stood out: Who should occupy the governorship, where should the state capital be, and if Sonora and Sinaloa should become independent states.

For example, at that time, the capital was El Fuerte, then Cosalá, then Culiacán and finally Alamos, until the separation came.

What motivated the separation of Sinaloa and Sonora?

Apart from the fact that the Independence of Mexico served as an inspiration, the province of the State of the West, formed at that time by Sinaloa and Sonora, had many differences, and incompatibility of interests.

For example, it was said that the climate, the “geniuses” and customs of the inhabitants were very different, as well as the economic activities and what was sown in each land, because the State of the West was so large that it could not be maintained in one go. only governor and the one that covers a lot, squeezes little.

It was also said that it was not possible for them to be governed by the same laws; for example, in Sonora, there should have been numerous and well-armed militias to defend the people from the rebellious Indians and the Apaches, a problem that did not exist in Sinaloa, so it was unfair to force the Sinaloans to pay Sonora’s military expenses.

But there were also those who advocated that they remain oneself, because for a century, in 1733, they had been governed by the same government, that their products were complementary and that what was lacking in one was supplied by the other. So, it was convenient for them to stay together.

“The State occupied all that is the territory of Sinaloa, Sonora, plus what the Americans took from us in the Treaty of Guadalupe-Hidalgo, the famous Mesilla, where Sonora reached as far as Phoenix,” he described.

In 1823 there was talk of the need to divide the states and make each of them independent, however a rebellion of Yaqui Indians led by Juan Banderas prevented this from happening.

However, the idea remained in force and it was the Legislature of the West that asked the municipalities to give their opinion about the separation, then work continued on it until in 1830 the separatist spirits had become uncontrollable. 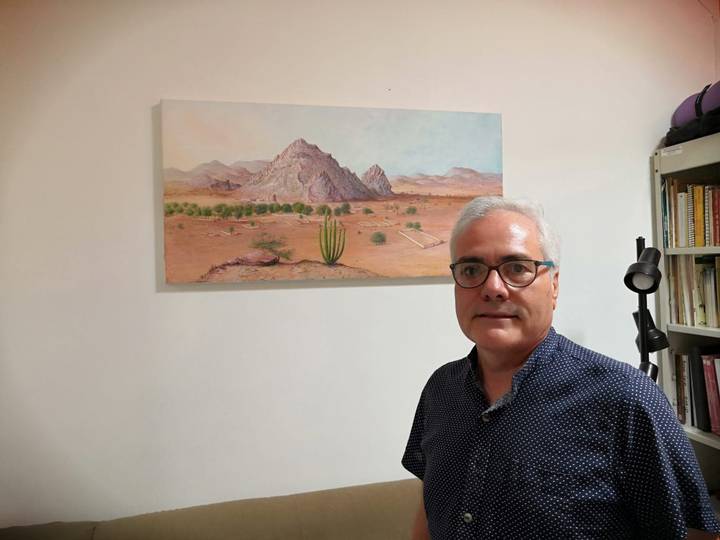 Lagarda Lagarda commented that the State of the West could not be divided, since the Constitution of 1824 established that six years had to pass before the country could be divided again, and this had to be until October 4, 1830.

According to the chronicler, there was an enormous incompatibility of economic interests between the oligarchic groups of each of the provinces, which covered various arguments such as the “geniuses and customs” of the inhabitants of both areas, as was said at the time .

“The truth was that the activities and problems of one of the regions affected the other, for example in Sonora there were militias to defend the towns from the attacks of the rebel Indians and the Apaches from the north, which in Sinaloa did not exist ”, he recounted.

This was unfair to the then Government of Sinaloa, which had to spend from its own budget to pay for incursions and other military expenses for something that technically did not concern them.

On the other hand, the wealthy families of Álamos, the then capital of the State of the West, belonging to the district of El Fuerte, fought for the region to be divided and, if possible, for the capital to remain in the now magical town.

In such yesterdays, the families with the greatest economic influence in Sonora were located in Arizpe and Álamos, due to the economic relations they had with the port of Guaymas, meanwhile in Culiacán they had their interests in the port of Mazatlán. 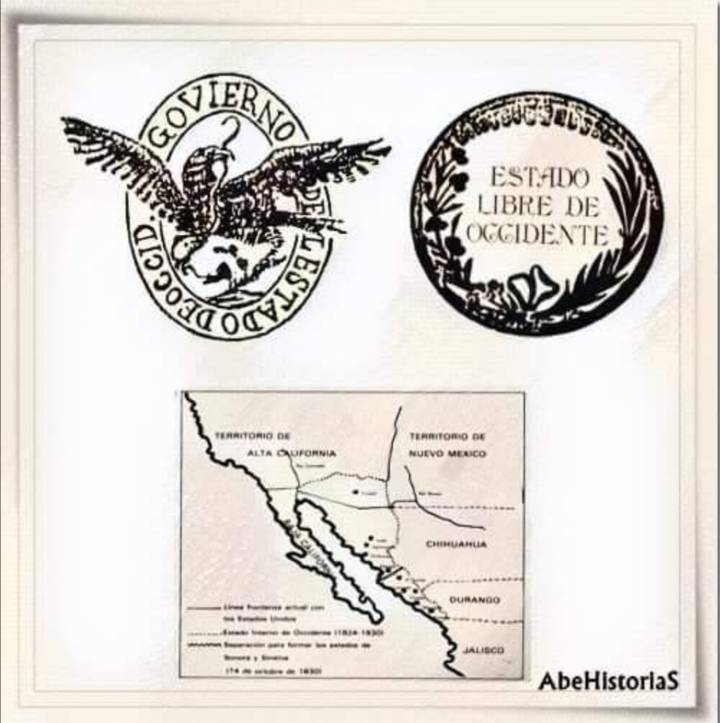 In what year do they separate?

Finally, on July 22, 1830, the Chamber of Deputies approved the respective law of separation and, on September 10 of that same year, the Senate did so, but the law was not published until October 14 of that year to respect the term stipulated by the federal Constitution.

Said law said that the state of Sinaloa was formed by the districts of San Sebastián, Culiacán, and El Fuerte and that of Sonora would be two, that of Arizpe and that of Horcasitas; the Álamos families made it clear that they could not belong to the now southern state.

According to the historian, this is how Sinaloa lost Álamos, which was integrated into Sonora, hence also the culture, customs, food, and all the ways of being of the Alamese is the same as the inhabitants of El Fuerte in Sinaloa.

Until today, due to the geographical and historical proximity between the north of Sinaloa and the south of Álamos, it is possible to see the similarity between both territories, explained Lagarda Lagarda.

As additional data, it is worth noting that on September 5, 1828, when the State of the West still existed, its legislature declared by law to name the capital of the entity as “Hermosillo”.

After discussions between the local deputies, in 1830, a decree issued by the First Mexican Constituent Congress, the Internal State of the West was separated; As of that date, Sinaloa and Sonora are free and sovereign states.

Once the State of the West was dissolved, the states of Sonora and Sinaloa proceeded to designate and install their respective legislatures, whose fundamental mission was to provide each entity with the necessary laws to conduct their activities along the path of law and social peace.

However, in this dissolution, Sinaloa lost part of its territory located in the north, mainly lands of the Mayos, which became part of the territory of Sonora.

At that time, the State of the West was made up of 5 districts, Arizpe, Horcasitas, El Fuerte, Culiacán and San Sebastián.

However, with the separation of Sinaloa and Sonora, the conflicts of those who wanted power were not resolved, and each one continued with their disputes, for example, the rivalry of Culiacán and Mazatlán, although that is another story.