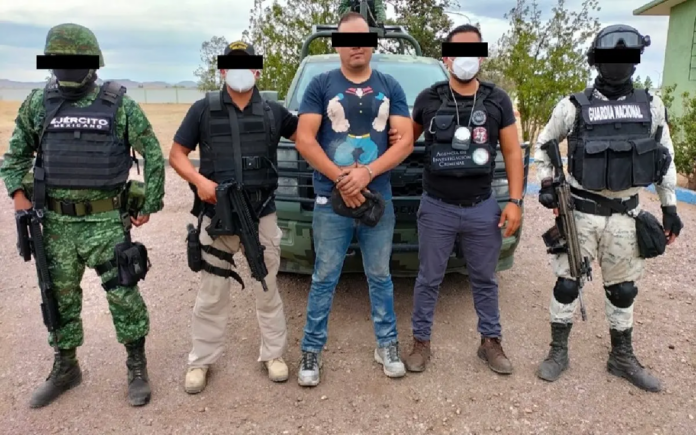 Ricardo Alonso “N” is also the alleged head of a criminal group that operates in northwestern Chihuahua.

The Secretary of National Defense (Sedena) reported that it managed to capture Ricardo Alonso “N”, alias, “Coma Boby Larios”, linked to the events that occurred on November 4, 2019, in Bavispe, Sonora, where nine members of the LeBaron family, including three women and six minors.

The apprehended man is also the alleged head of a group belonging to a cell that generates violence with influence in Chihuahua, according to a Sedena statement.

The arrest was carried out on May 3, 2022, in coordination with Sedena, the National Guard, the National Intelligence Center, the National Center for Planning, Analysis and Information to Combat Crime and the Attorney General’s Office (FGR). .

Derived from the planning, investigation, intelligence work and inter-institutional coordination to strengthen the rule of law in Chihuahua, and detect members of criminal organizations with a presence in that entity who are linked to the events that occurred in November 2019 in Bavispe, personnel of the Inter-institutional Group for the Bavispe case, delimited the area of ​​mobility and places that Ricardo Alonso “N” frequented, managing to define a pattern of conduct, as well as its location.

Due to the above, a reaction force made up of elements of the Mexican Army and Air Force was organized to carry out joint operations with the participating authorities and obtain the capture.

The materialization of aerial and ground reconnaissance generated confusion for the members of organized crime, which in turn allowed the location of the individual, as well as the means in which Ricardo Alonso “N” was transported, to subsequently formalize his identification and arrest. on public roads in the municipality of Ascensión, Chihuahua.

The feds fulfilled an arrest warrant against him for the crimes of qualified homicide and others, – without Sedena specifying which ones.

“Coma Boby Larios” worked as a patrol leader for a criminal cell that generated violence in the northwestern region of Chihuahua; Likewise, it is presumed that he participated in the aggression suffered by the members of the Langford-Miller families, in November 2019, says the Sedena report.

The now detainee was made available to the competent authorities to be criminally prosecuted.