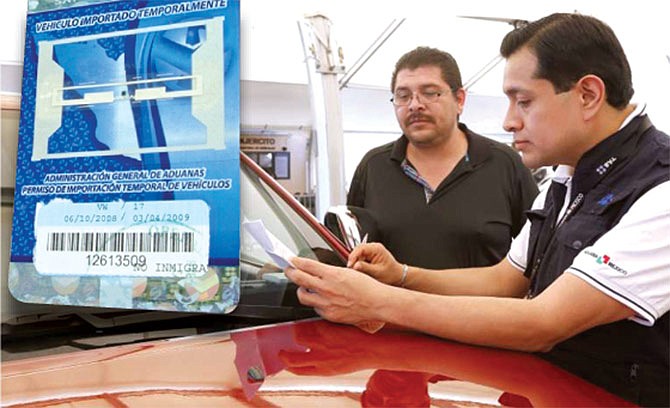 Chocolate cars “non-legal imported cars” can now be regularized, so if you or someone you know owns this type of vehicle, this interests you.

Last October, Andrés Manuel López Obrador announced that the so-called “chocolate cars” would be regularized. Today, the decree was already published in the Official Gazette of the Federation (DOF), with which its regulation is already official in 10 states of the Republic.

The “autos chocolate” are those vehicles of brands, models, or versions that are no longer sold in Mexico (or never commercialized), so circulating so informally in the country and not operating under the emission standards in force.

This measure also comes to control the passage of vehicles that people bring from other countries, generally from the United States and Canada, so that they are regulated from the moment they enter the northern or southern border.

The number of chocolate cars circulating in the country amounts to about 18 million, which represents 25% of the total vehicle fleet in Mexico, according to estimates from the 2020 Federation Income Law.

The cars chocolate are vehicles that entered the country, especially the northern border illegally, as they obtained a temporary permit but did not return to their country of origin. According to the Official Gazette of the Federation, there are currently around 2 million chocolate cars in the country.

Being regularized, chocolate cars will be able to circulate without setbacks. According to what is published in the DOF, there are administrative facilities and tax incentives for those who carry out the procedure.

Since the measure covers mainly car imports, one of the essential requirements is that “the model year of the vehicle is eight or more years prior to the one in which the final import is made. “

The problem with these cars is that they are often used to commit crimes and then abandoned without leaving any trace. This is why the government has promoted its regularization.

Costs and requirements for the regularization of chocolate cars

According to the decree published on January 19, 2022, the cost to regularize the chocolate cars will be 2,500 pesos for the concept of use and corresponding procedures.

The states of the country in which regularization can be carried out are those on the northern border and some others: Baja California, Baja California Sur, Chihuahua, Coahuila, Durango, Michoacán, Nayarit, Nuevo León, Sonora and Tamaulipas.

These are the requirements to be eligible for the regularization of chocolate cars:

1. That the chocolate car is in one of the aforementioned states.

2. That the model year of the car is 8 or more years prior to the one in which the final import is made

3. That the owner who performs the importation is a natural person, of legal age, and a resident of one of the states mentioned.

4. Present a demonstration under oath, to tell the truth, that the car does not comply with the provisions of article 5 (which stipulates those who cannot be creditors and which we tell you below).

5. Make the payment of 2 thousand 500 pesos in addition to other fees.

In addition to the 2,500 pesos, the interested party will have to pay for the REPUVE, the customs import and the mechanical magazine, which ranges between 8 thousand pesos.

These are the chocolate cars that cannot be regularized

1. That due to the characteristics or aspects of the auto chocolate its circulation in the country of origin or in Mexico is restricted or prohibited.

2. The car to be imported is not luxury, sports, or armored.

3. Does not comply with the physical, chemical, mechanical, or environmental protection conditions, in accordance with federal or local regulations.

4. That has not been reported as stolen.

5. They are related to the commission of a crime in an investigation file or criminal proceeding.

The procedures to carry out the regularization

1. The final import procedure must be carried out through a customs agent or agency.

2. Physically appear before this customs authority

3. Comply with the Public Vehicle Registry process and other applicable provisions established by the Ministry of Security and Citizen Protection.

This decree enters into force from its publication on January 19, 2022 and until July 20 of the same year.