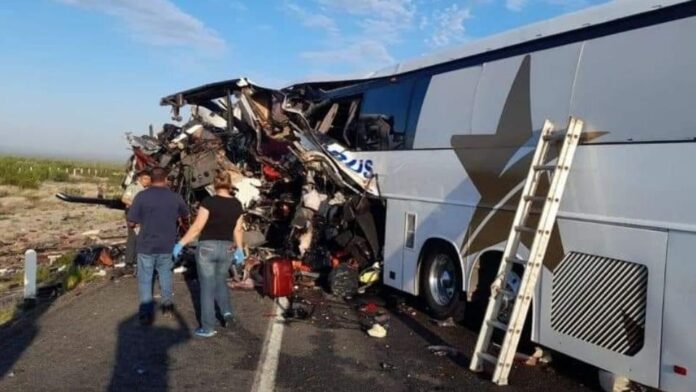 Most of the victims of the Sonoyta tragedy are from Sinaloa, the driver among those identified and several women whose names have not yet been reported.

7 of the 13 people who died in the Sonoyta truck at dawn this Thursday have already been identified, among the victims is a child of only 5 years old.

The Attorney General of the State of Sonora and managed the identity of half of those who died in this fatal accident and confirmed that most of them correspond to the state of Sinaloa.

Once the forensic processing and the hospital verification were concluded, the data that were officially released refer that there are 13 fatalities, 25 injured, of which five are seriously ill.

Personnel from the Attorney General’s Office of the State of Sonora (FGJE) investigates the facts, to define responsibilities in the road accident between three vehicles.

Expert Services personnel from Caborca, Puerto Peñasco and Sonoyta, and elements of the Ministerial Criminal Investigation Agency (AMIC) went to kilometer 36 + 800 of the Sonoyta highway to San Luis Río Colorado, upon having knowledge of the facts, around 04:50 hours.

Presumably, the driver of the passenger bus when going north had a collinear projection with the trailer that loaded drinks, which was parked on the shoulder, projecting the bus against the second trailer.

The Sonora FGJE carried out the expert processing of land traffic, which will determine, with scientific results, the responsibility for such an unfortunate accident.

The deceased people were transferred to Sonoyta, while five people were taken to receive medical attention in San Luis Río Colorado, and the rest, 20 more injured, to different hospitals in Sonoyta.